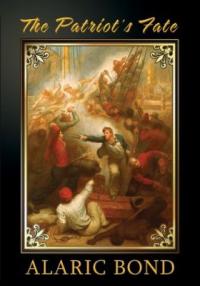 "In his new novel, The Patriot's Fate, Alaric Bond joins the ranks of well-known Age of Sail authors C.S. Forester and Patrick O'Brian in his skillful combining of historical fact with compelling fiction to produce another gripping novel in his Fighting Sail series."

It is 1798 and Ireland rises up against years of repression and injustice. Rebels, supported by a mighty French invasion fleet, prepare to claim their land but find themselves countered by a powerful British battle squadron. Two friends and former allies, separated by chance and circumstance, witness developments from opposing sides while storms, political intrigue and personal dynamics abound. In The Patriot's Fate Bond maintains a relentless pace that climaxes in thrilling naval action and noble sacrifice.

The Fifth book in the 'Fighting Sail' series